Dr. Soliman Fakeeh Hospital Company – DSFH founded in 1978 by Dr. Soliman Fakeeh; is the true leader of the private health care sector in Jeddah and one of the pioneer health care providers in the Gulf and Middle-East Region whose pioneering spirit and visionary resolve has – for over three decades – advanced by leaps the standards of healthcare delivery in the Kingdom and in the region. 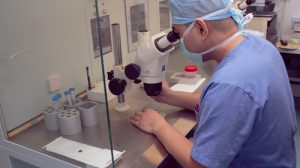 In 1986, the first expansion of the Hospital was inaugurated by His Majesty, the late King Fahd bin Abdul Aziz. In addition to doubling the facility’s inpatient capacity, that expansion introduced new centres; such as open-heart surgery; and new clinics, in neurosurgery, neurology, nephrology and infertility clinics, and established DSFH as a definitive leader of private healthcare in the Kingdom.

In 1995, the DSFH Virology Lab isolated, for the first time in the Kingdom, the Dengue Hemorrhagic Fever virus, and, in 1996 a new flavivirus, findings that were instrumental in the prevention of outbreaks in the Western Region of the Kingdom.

In 1999, a second expansion inaugurated by the Custodian of the Two Holy Mosques, King Abdullah bin Abdul Aziz, Crown-Prince at the time, marked the addition of two new structures to the DSFH campus, and offered additional pediatric clinics, a neonatology, plastic surgery, and health-promotion and fitness centres.

DSFH is a regional pioneer in the field of organ-transplantation, including kidney, bone-marrow, liver, and heart transplantation. Its open-heart surgery centre claims the highest number of operations done in the private sector in the Kingdom with a success rate comparable to any international centre of excellence.

DSFH was the first private hospital in the Western Region of the Kingdom to become accredited by the Joint Commission International (JCI) in 2006, 2009 and 2012 and by the Australian Council for Healthcare Standards International (ACHSI) in 2008 and 2012; in addition to being accredited in 2005 by the Central Board of Accreditation for Healthcare International – CBAHI; previously known as Makkah Region Quality Program – MRQP. DSFH is presently considered one of the most distinguished hospitals in the Middle East, and is visited by over 1,000,000 patients every year, it is also the first hospital to publish a Corporate Social Responsibility report in the health care sector in the MENA region in 2008.

DSFH CSR 2011 report was accepted and verified for an A+ level based on the GRI guidelines. By doing so, DSFH is the first cooperation/organization in KSA and the first hospital in the healthcare sector in Middle East and Africa and one of very few hospitals worldwide to achieve this level of reporting.

DSFH has implemented ISO and OSAS standards: (ISO14001:2004) and (OSAS 18001:2007) where the hospital passed the evaluation process by an accredited team of ISO and has succeeded in applying the standards of occupational safety and environment protection.

Please contact us today and learn how we can assist you.

Check for the openings at Fakeeh International